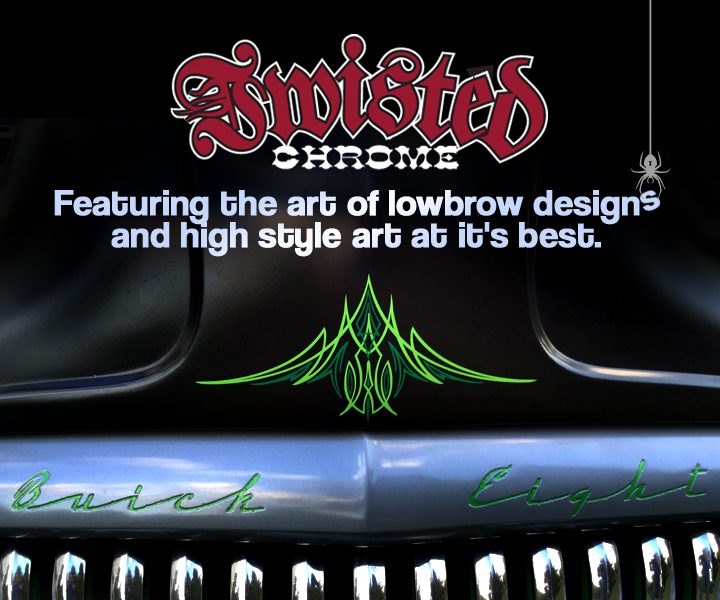 How It All Started

Many people assume that the art of modern-day pinstriping is associated with Hot Rod giants such as Von Dutch, George Barris, and a host of others. In fact, its origins can be traced throughout history, back prior to the roman empire, whose designs embellished a myriad of objects in their everyday life. From Gypsy Wagons to 19th-century fire trucks, tracing a line to the beginnings of our human society.

The roots of decorative line art we can first point to La Grotte Chauvet-Pont-d'Arc or better known as the French Cave Paintings.

These amazingly elegant and simple line gestures point to symbolism that related to their culture perhaps more than some religious practices, American Indians, whose linework take on a whole new meaning and spirituality, used pictograms. Vibrant colors and freestyle gestures to capture the spirit of their surroundings. And incorporating these elements into their everyday customs.

From caves to Teepees to remote tropical islands in the pacific. The art of the line is a constant thread.

A form of expression that has unified cultures and expressed individuality throughout our history.

On the south pacific islands of Tahiti and Moorea's unique style was not only found in tribal tattoos but more so in their decorative carvings, as seen on their war canoes.

Throughout the Roman era and prior to that, Greek and Etruscan works, particularly black and white urns depicting athletes and lifestyles through to a simple Ichthus, offer examples of representative line work. It was also incorporated into their Architecture and geometric patterning, flags and their chariots, their rides.

It's far easier to trace the beginnings of metallurgy and twisting metal than it is to track the origins of a line gesture. And it is certain that as soon as an item was crafted through trials of fire, it was ornamented.

Back to the future. Lines to the next level. My favorite quote is one of Picasso's who said, "Good art borrows, Great art steals." Be free to create. Lean on history and make it better.